After 17 years of dedicated service to our communities and our radio station group, our Company Vice President of Broadcast Operations Ken Byers has died at the age of 62.  Ken joined Arizona’s Hometown Radio Group just one week after 9/11 and led the broadcast operations right up to when his illness forced his retirement in October.  Ken anchored “The Morning Mix” on KPPV and made significant contributions both on air and behind the scenes on all of our stations.

Born in West Virginia, Ken Byers began his Arizona radio career in 1990 at KCKY in Coolidge and quickly advanced to a position with KTAR in Phoenix the following year helping with technical and production for the Pat McMahon show. Ken was able to rub elbows with the likes of Walter Cronkite, Alice Cooper and Paul Harvey.

In 2000 he left KTAR to be the morning voice of KTHQ in Show Low.  And made the move the following year to KPPV and KQNA  What followed was an award winning career that saw Ken grow in stature from morning announcer to production supervisor to Vice President of Broadcast Operations with what became Arizona’s Hometown Radio Group.  He has garnered several Associated Press awards for Best Newscast and Best Live Reporting. Ken also earned a “Silver Microphone” for creation of the KPPV 20 year anniversary montages.

However, Ken Byers contributions to our local communities goes way beyond what he did on the air.  Among the many charitable organizations Ken has actively supported and volunteered for over the past 17 years include Yavapai Big Bros, Boys and Girls Club, United Way, Trauma Intervention program and all local Chambers of Commerce.  Ken has voluntarily emceed hundreds of events seeking to make each one both fun and successful for sponsoring organizations.

When asked what he will miss most about being in radio, Ken said “The relationships I have been fortunate to create and to be able to work at my life’s ‘dream job’. The hardest thing for me is to leave a job and people that I love so dearly who have been supportive even while I have been going to Phoenix for daily treatments. This is what I have wanted to do even as a little kid so that makes it hard to leave.”

He is survived by his wife, Shannon and daughter Charlotte.  We’ll miss you, Ken.  Buckle up! 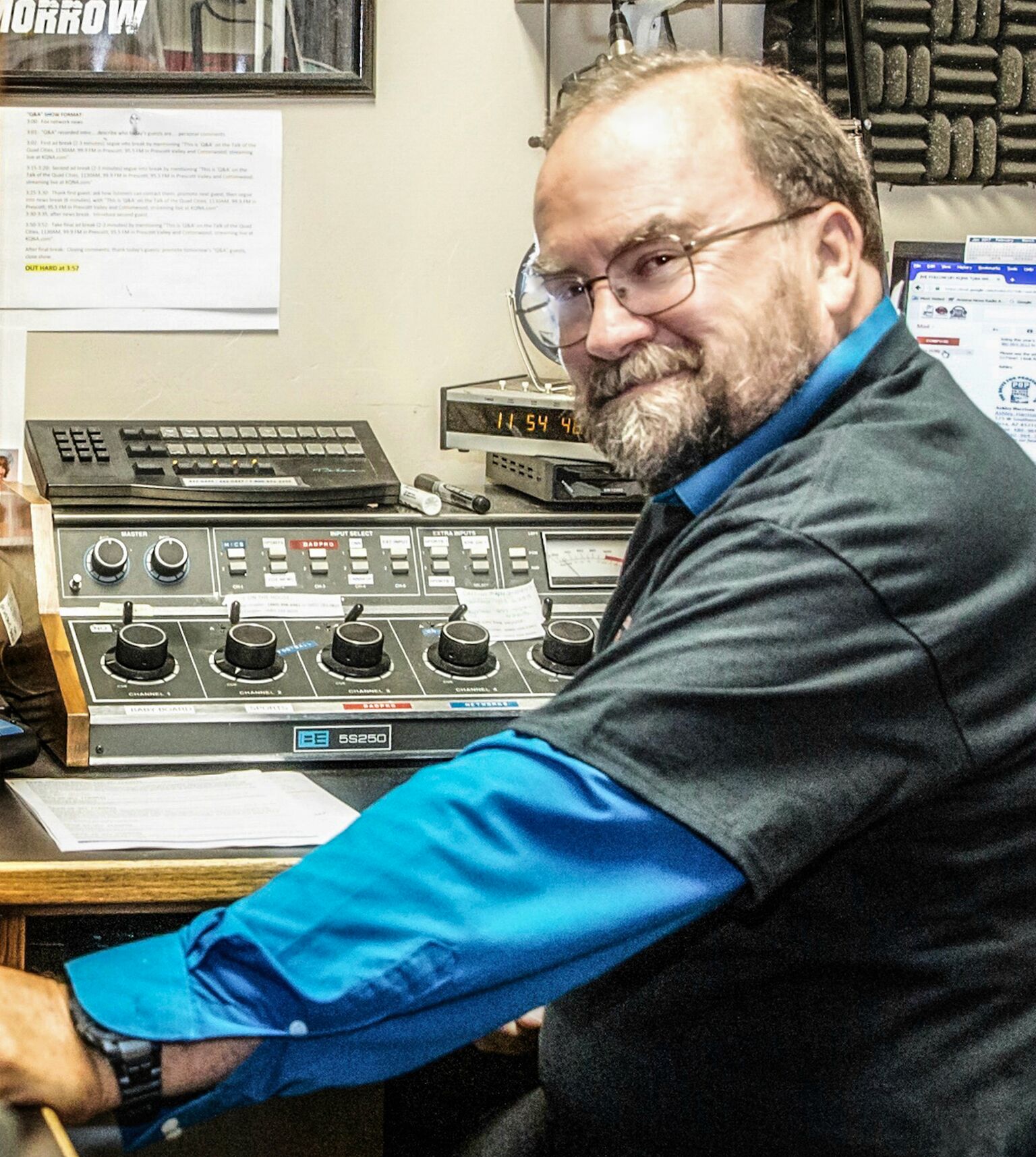 Tune in to 106.7 FM to Enjoy the Most Listened to Adult Contemporary Hits in the Quad Cities & the Verde Valley. In Flagstaff, You’ll Find Us on 100.7 FM.
Discover more